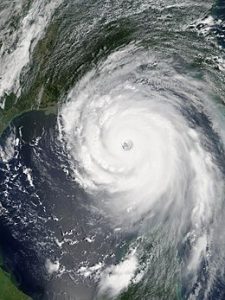 On August 23, 2005, Hurricane Katrina was formed out of various tropical depressions merging, all hell broke loose. In the blink of an eye, something massive, destructive, and primal roared into life in the middle of the Atlantic.

Early the next day, the depression strengthened into a tropical storm and vectored towards Florida, Katrina finally became a hurricane two hours before making landfall at Hallandale Beach, FL, on August 25. In the course of two days, it had passed from being a small zephyr whimsically riding the surf in the Atlantic into an actual hurricane; no one was prepared, it came out of left field and everyone was gobsmacked. Nonetheless, there was a sigh of relief after Katrina pounded Florida. The storm, it seemed, had weakened considerably; the eye of the beast was fading out and the winds were starting to scatter. Florida had taken a hit but the Sunshine State had seen worse in the past. FEMA, the Government, and coastal cities all over the Gulf did a little jig.

Then, Katrina, the nasty b%&ch she turned out to be, did a double-take and decided to make a pig’s breakfast out of all the forecasts. Katrina hit the restorative warm waters of the Gulf Of Mexico on August 26 and for a couple of days just stood there getting its strength back.

On August 26 it began to rapidly intensify; with such speed and ferocity that meteorologists were taken aback and could only look at their screens and violently thumb them:

“This isn’t working. That makes no sense. The sensors must be off.”

By August 29, Katrina had transformed into a Category 5 Hurricane, and that very day it made its second landfall over southeast Louisiana and Mississippi. Katrina ended causing more than $125 billion in damage, especially in the city of New Orleans and the neighboring areas, and over 1,200 deaths. It is the most expensive tropical cyclone on record, tying with Hurricane Harvey in 2017.

Flooding, caused mainly as an outcome of engineering flaws in the flood protection system of New Orleans’ levees, was one of the main culprits of the disaster. The storm surge, coupled with the all-around madness of a hurricane, snapped the levees around the city of Big Easy; this precipitated most of the loss of lives. Eventually, 80% of the city, was inundated for weeks. The flooding also devastated most of New Orleans’ transport and communication facilities, leaving tens of thousands of souls who had not abandoned the city before landfall stranded with little access to food, shelter, or basic necessities.

The emergency response from federal, state, and local governments was universally scrutinized and criticized. Hundreds of government officials were either fired or were asked to hand in their resignation due to public outcry. Louisiana Government, FEMA director Micheal D. Brown, and President George W. Bush were particularly held in contempt due to their slow response not only during the hurricane but after the crisis.

The Ghosts Of Katrina

As you can imagine, with more than 1,200 souls under its belt and untold levels of anguish and sorrow surrounding its strike, Hurricane Katrina managed to inundated an already ghostly and supernatural city with new spirits, haunts, and ghouls… Dozens of new hauntings and creepy places started to pop out after the floodwaters had receded.

The first supernatural wakeup call that NOLA had new ectoplasmic neighbors was at a burger joint called Charcoal’s in the Irish Channel. People started getting something more than fries with their burger. The lights would flicker on and off, the place’s temperature would zip to freezing at the drop of a hat, specters could be seen reflected in windows. Charcoal’s eventually closed.

Then more hauntings started to make the headlines.

On the corner of Jackson Avenue and Magazine Street is where Vera Smith was killed. Vera, one of Katrina’s most iconic cases was struck by a drunk driver while walking one night during Hurricane Katrina. She was an icon of the way the city had devolved into a lawless territory without any governmental oversight. Her body laid in the streets for days.

Authorities, up to their eyeballs had no other choice but to ignore her while they tended to other matters; neighbors made a makeshift grave which sat on the vacant property for years. Vera’s body was later cremated and taken to her parents’ gravesite in Texas. She’s physically gone, but her spirit can still be felt.

Since her death, right on the site now stands a restaurant called Deanie’s Sea Food Kitchen. People who frequent the spot and eat out at Deanie’s constantly report strange happenings and bizarre encounters. The denizens of the area say the place has “ju-ju” and continually cast spells to help Vera out.

The Superdome already had a supernatural tendency and legend to it. The place was built atop the abandoned Girod Street Cemetery, so it had its fair share of specters… Then Katrina came to town and the huge stadium became a makeshift morgue, hospital, and refugee center. People during does horrible days were dragging in their dead loved ones, all the while in desperate need of shelter – the city had devolved into the Purge (robberies, rape, and murder were at an all-time high).

Since those days, The Superdome has been plagued by all manner of ghosts and spirits. There’s a general vague feeling of unease down certain corridors and on certain nights.

The Lower Ninth was one of the hardest-hit areas of NOLA. After Katrina, only 37% of households returned to the neighborhood. The place had been devastated and the scenes of desolations were simply too much to bear. Bodies lay on the street, alligators roamed the lawns, roaming bands of malcontents hit up homes and did horrible violent things to residents. And, after Katrina, scam artists and would-be-contractors bleed the survivors dry.

The Lower Ninth is still recovering and the echos of those days are still fresh in its mind. The place is filled with abandoned houses and shacks, gutted up by the tropics, the storms, and the rampant fauna; every one sporting its own haunt.

1,200+ that was the death toll. Hospitals and morgues brimming with the dead. Bodies flooding in swamp water being devoured by crabs, alligators and bull sharks that had swum up from the coast. 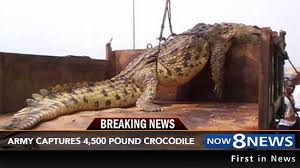 For weeks New Orleans was a nightmare come true. It spoke truth to power and shone a light on our nation’s inequalities and biases. You’d need pages upon pages of torrid images, and ghastly information just to capture one iota of all the madness and anguish NOLA faced during those difficult months. Katrina might have punched New Orleans in the guts but it was the worst of humanity – the depraved and incompetent – that opened her up and hung her guts like garter belts on lamp posts for the world to see.

“Charity hospital has been closed, it’s windows darkened, since Hurricane Katrina, and is a gloomy and dreary sight on the best of days…at night it’s down-right scary. Until tonight. I park on the roof of my parking garage, and tonight as I was leaving work, I glanced over at the forgotten building, only to see the lights of a tiny Christmas tree!”

Thousands of other places were struck and now have the lingering supernatural scent of specters due to Katrina. New Orleans became a graveyard, of unburied dead, due to Mother Nature’s temper tantrum and human error.