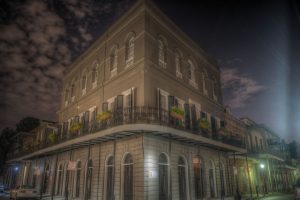 If you have ever read about different hauntings or ghosts that are in New Orleans, you will definitely have heard of this place. The LaLaurie Museum or mansion is one of the most popular stops for tourists. Many locals refuse to call this place the LaLauri Museum or Mansion. The locals simply call this the haunted house on Royal Street. If you want to be more precise, the haunting of 1140. Plus, this place was used to film AHS. (Keep in mind Hollywood will add many things, as they always do.) However, most of the filming took place at another mansion, which may have been for the best because the mansion is said to be cursed. 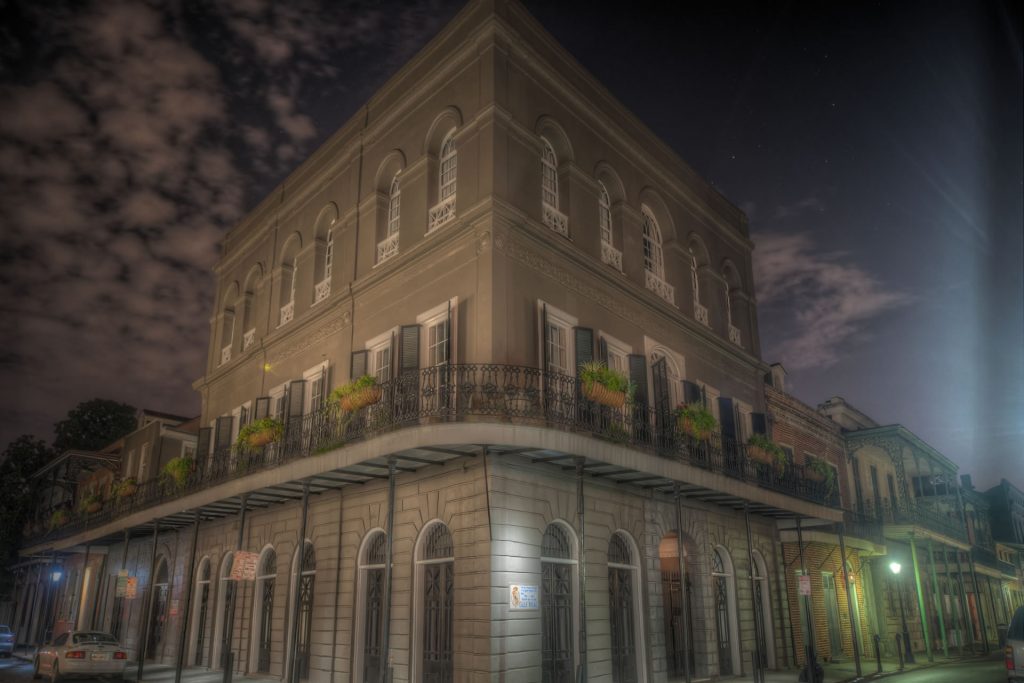 Why Is It So Interesting?

Many people are intrigued by this museum. Most nights people will be standing around it taking photos. Plus, there have been many ghost stories and tours that will bring people crowding the place during the day. Many people probably find it so interesting because of the many ghost stories that have been circulated. There are so many accounts of haunting that people are curious. However, it could also be the several tragic events that have happened in the mansions to cause the supposed hauntings in the first place. Before we go into the different stories, let’s talk about Madame LaLaurie.

Many people called Madame LaLaurie mad. She was the woman who would be known as a cruel mistress of the house. Her name was Marie Delphine Macarty. Her mother was Maria Lerable and her father was Louis Macarty. They had Marie on March 19, 1787.

Marie was born into a very wealthy family. They were large and also powerful politically. Her family would include planters, merchants, and even military officers. They had arrived fairly early when the French began to colonize. Most of the family would own large real estate and would also own slaves. The family would come from Ireland. It is said that the family would flee Ireland and move to France to help avoid and escape religious, as well as political tyranny. This tyranny was implemented by the monarchs of England.

The first child of the family would be a boy who would inherit his father’s name. He would also be called Louis. He was born in 1783. After this, Marie would be born. However, the record of her baptism was not entered in the register until several years after she was born. Her baptism was not entered until December 26th of 1793. The Catholic Church would do this only if the infant, which would be Marie, was close to dying.

Third Time’s a Charm- The Marriages of the Mad Woman

In 1800, Marie would marry Don Angulla. He was a very high ranking officer in Spain. The two would get married at the Saint. Louis Cathedral. About four years after the marriage, the two would travel to Spain. No one knows exactly what happened on the trip and there are several different accounts. However, we do know that her husband, Don Ramon, died on that trip. He would pass away in Havana. He passed away on the way to Madrid. When Don had passed, Marie was not there beside him. While on this trip, Marie would give birth to her first child, a girl. The child would receive the name Marie like her mother. She had the nickname Borquita. Marie and her baby would not stay in Spain long due to her husband’s mysterious death. It wasn’t long before the mother and child duo returned back to New Orleans.

She would move on to marry a man named Jean Blanque. He was a man of many titles. He was a legislator, merchant, lawyer, and banker. They would marry in 1808. When they married they would buy property together. They had bought a house for the family. It was during this time that Marie had four more children. She would have three more girls and a boy. However, in 1816, tragedy struck the woman again, her husband died.

While she was married twice before, the third marriage was the one that causes the most talk. It was in 1825 that she married Leonard Louis LaLaurie. He was from France. Leonard was a physician, however, he would likely be considered a chiropractor in today’s terms. They had met because one of Marie’s daughters would have deformities on her spine. She was ill. It was Leonard was hired to help cure the small child. He would use many different types of equipment that looks more like torturing materials. Her daughter would not be cured. However, Marie was enchanted by the man. However, this man was twenty years older than her. There are letters that the physician had returned to France. It was the brother of the doctor who persuaded him to return after finding out that he had gotten Marie pregnant. The brother stated that there was nothing else the man could do but to marry her.

The couple would marry and in 1831, Marie would buy the property where the mansion sits today. She lived here with her husband and two of her children. However, many people state that it wasn’t a happy marriage. Most of the people surrounding the home would hear them arguing constantly. It wasn’t surprising when the neighbors saw the husband packed up his bags and move out in 1834.

When the husband left, Marie or Delphine went crazy. There were many rumors surrounding the leaving of her husband. People stated that she would harm the slaves she had. In 1833, a slave named Leia had fallen to her death on the property. It was at this point that all eyes would turn to Marie. There was an investigation and the slaves were freed. However, Delphine would purchase them back. After this, all went quiet until one horror-filled night in 1834.

On April 10, a fire broke out at this beautiful home. The fire would destroy part of the house, however, it would reveal a much darker secret. There were several slaves who were chained up in the upper part of the home. They were not just chained, they were starved and even tortured.

The slaves were helpless and were treated at Cabildo. It was believed that Delphine would be arrested so people gathered around the home. However, the sheriff never showed. No action was taken against the woman. The people around the home grew into a mob. They wanted vengeance. When Delphine escaped the mess, the mob attacked the home. All valuables were taken and the home was damaged. In a single day, the home would become demolished.

There are also stories that say slaves were found in weird conditions after the blaze was put out. There are stories that slaves had broken bones that were repeatedly broken to make them have limbs of a crab. It is said that another slave had a hole in their head. This hole was placed with a drill and there was a wooden spoon sticking out of the hole. It is said that this was supposedly an attempt to stir the brain of this slave. The last slave was found with the skin of his back peeled away and the intestines wrapped around themselves.

For about two hundred years, there have been paranormal activity reports deriving from the house. Keep in mind that no one really knows how Delphine died and where she was buried. There is a dark entity that is located inside the house. Most of the dark energy comes from the mistreatment of slaves. In 1894, a man who was a tenant of the mansion was killed. It was assumed to be a robbery. Friends of this man state he was having issues with spirits and a demon. The demon stated he wasn’t going away until he had met his end. This is what many people believe happened to the man.

The mansion was used as a school for African-American girls for a short time. However, many times during this school there were reports of abuse. Many girls would come forward with sleeves rolled and bruises or scratches on their arms. All the girls stated that “that woman” had hurt them. The girls were young and would have no recollection of Delphine.

There have been numerous accounts of scratching, bruising, and someone trying to steal belongings. However, when people look, no one is there. Many people believe that Delphine is still lingering in the house to this day. 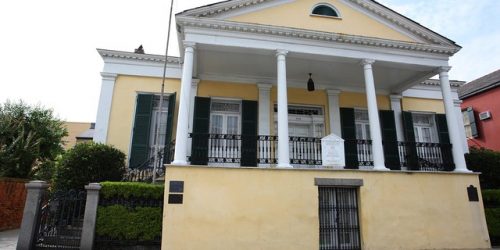 The Beauregard Keyes House in the French Quarter has seen it all. The residential home turned museum has withstood the test of time, seeing everything from Confederate generals, to bloody mafia hits, ...
Read More 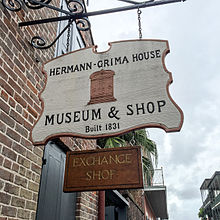 Most haunted houses can be quite daunting, as most tend to perceive ghosts as rather unwelcoming, if not outright hostile. Though, there are some exceptions to the rule. The Hermann-Grima House's ghos...
Read More 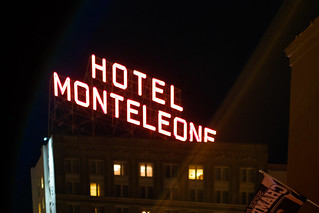 When Antonio Monteleone came to America from Sicily at the turn of the century, little did he know that he would end up building one of the most unique hotels in the world. The Hotel Monteleone is a b...
Read More