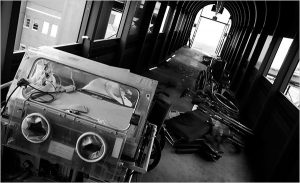 Just like many other buildings, Memorial Medical Center in New Orleans was hit by Hurrican Katrine in 2005. The storm impacted the center greatly. The levees had failed and water was rising. The hospital was left without electricity. Even during this time, De. Anna Pou and other staff continued to try and care for the patients at the hospital. It was stated that the patients would be relocated on August 31st. This was two days after the storm had hit. However, it was unsure where they would be relocated to. On the eleventh of September, forty-five bodies were recovered from the center. Five of the bodies were deceased before the storm had hit. There were 215 bodies found throughout different medical centers and nursing homes, however, the medical center had the highest body count. 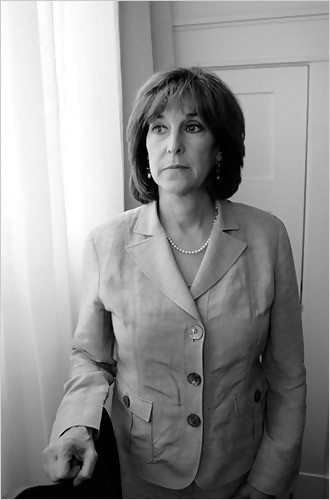 Many people would use the hospital as a safe place from the storm, as they had on many other occasions. However, despite all the years of safety, the hospital would be hit hard. The windows would shatter from rocks and people were screaming. The hospital itself was shaking. The power had failed around five in the morning. The generators that the hospital had quickly kicked in. This reassured patients that things would be okay. However, the generators were powering only the lights for emergencies. Much of the needed equipment had shut down. Plus, the air conditioning was off. The first night, flooding had receded. There was damage, however, it remained operational. 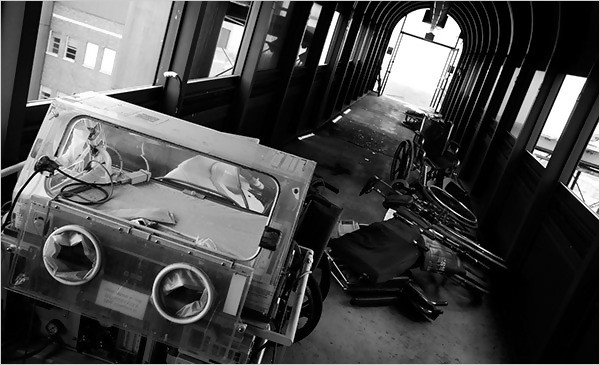 The morning of the hurricane, Pou was told to look outside by a fellow nurse. Pou saw that water was coming quickly out of the sewer gates. The water was filled with garbage and it was heading directly towards the hospital. The staff was worried because the electrical panel was only a few feet above ground level. This left the system very vulnerable. It would not take a lot of water to disable most of the hospital. It was hard to figure out what to do if there was no power or how to evacuate if the streets are flooded. The staff typed emails with the word help to other hospitals outside the area. They would need to relocate about two hundred patients. There was a lot of controversy about how the hospital should be emptied. It was decided that those who were pregnant, babies in the NICU, and those in the ICU should go first because they would be at risk from the heat. He said that patients with no resuscitation orders would go last.

I was the year after the storm and Pou and two other nurses were being charged with second-degree murder. They were being charged with the deaths of several patients of Memorial Medical Center. The state had taken almost a year to investigate the claims. However, the jury would refuse to indict Pou on the counts of murder. The charges would not stick and eventually would be expunged. The state would also be liable for the legal fees that Pou had. People believe that this case should never have gone as far as it did. However, in 2008, Caldwell would testify to support the position that the lawyers had taken for Pou. They wanted to keep the records of the investigation out of the public’s eye. They did this because these files could lead to a new case. The year after, the district attorney had testified that people were killed by the actions of doctors after the hurricane. However, he did not believe that these deaths could be prosecuted based on a lack of evidence.

The four years after the hurricane, Dr. Pou had helped write three laws. These laws were passed to help offer immunity to those who are health care providers. It would protect them against civil lawsuits. However, it would not protect them when there is misconduct. This would help protect doctors in the future who decide to help those during the storms. It also encourages those who are prosecuting to wait to find out what a medical panel has to say before prosecuting. She is urging to change the standards of medical care during emergencies like Hurricane Katrina. She is urging those who are evacuating patients to take those who do not have resuscitation orders, are severely injured, or are severely sick to be evacuated last. Those who are in relatively good health or are not severely injured should be evacuated first. She stated that getting consent during natural disasters is very difficult because many people are in comas or even on their death beds. Some people are so injured or out of it that they have no idea what is going on. That is what makes this so difficult. She states that she used the approach of those who are the sickest and injured to help treat the patients during the hurricane.

Since the case has closed, there have been some nosy people. There have been leaked documents and other items that put the case into a new light. The doctor stated that she would inject patients who were close to death with midazolam or morphine. She would use this to eliminate the suffering patients would endure after they were no longer able to breathe on their own or live without equipment. The power had gone out two days after the storm hit and generators did not last long. This caused many people to suffer and that is why the drug was given. However, there were seventeen people who were injected. Some of them were very ill. However, there were several patients who were not severely ill when they received a fatal dose. To this day, she refuses to discuss anything relating to the death of the patients during the emergency. In an interview, she asked, how long should we have to stay with the patients who will likely die? She stated that she had to make many decisions. She had to determine which patients would get which resources. This is why it is so difficult to charge Pou with murder because she was put into a tough situation because the government failed to evacuate properly.

One instance that happened was when someone had turned the corner to a room that had caught fire after the storm. The room had burnt paint chips. She saw bodies on the wall and her breath was taken away. The woman saw flames and had to blink to make sure they were not real.

It is said that Pou had wrongly administered doses of medication to kill those who were deathly ill. However, while she did help people not suffer, several patients were not ill at the time of administration which causes controversy. Today the halls are filled with those who lost their lives during that horrible storm. It is said that you can hear their cries from outside the hospital.