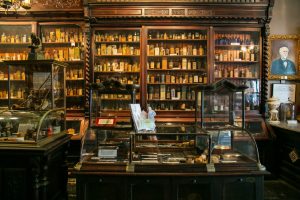 New Orleans is the perfect backdrop for all things haunted, spiritual, ghostly, and voodoo. The city is a melting pot of traditional and nontraditional medicines and an eclectic mix of nationalities and practices. What better place to explore the history and activity of the New Orleans Pharmacy Museum?

The New Orleans Pharmacy was originally owned by Louis Dufilho Jr. He was responsible for the most significant contribution to the history and integrity of the pharmaceutical industry at the time. Until 1804 there were no laws governing the field of pharmacy. Anyone could hang a shingle and open shop. Medicine at the time was a range of procedures and tinctures that were rooted in wives’ tales and voodoo. But in 1804 Governor Claiborne of the state of Louisiana took measures to regulate the growing industry. He passed a law that required all pharmacists to take a licensing exam in order to practice as a pharmacist.

Until this became law, the steps needed for one to become a pharmacist were informal and unenforced. To be a pharmacist you simply had to apprentice with another pharmacist for six months. Then you would be free to compound and mix your own medicines and sell them in your own shop. There were no standards or regulations at all. This was a very dangerous practice because people would obviously receive incorrect doses and also receive the wrong medications quite often. When Governor Claiborne passed the law in 1804, he also established a board of reputable pharmacists and physicians whose sole purpose was to administer a three-hour oral examination to those wishing to become pharmacists. The exam was given at the Cabildo in Jackson Square.

Louis J. Dufilho, Jr. was the first person to pass the new licensing exam. This would have made his pharmacy the first one in the United States to be run on the basis of proven adequacy,

Dufilho Jr and his wife and children lived in the family quarters on the pharmacy property until 1855. In 1855 Dufilho sold it to Fleitas Dupas and her husband, Dr. Joseph Dupas. Dr. Dupas lived in the pharmacy until he died from syphilis in 1867. 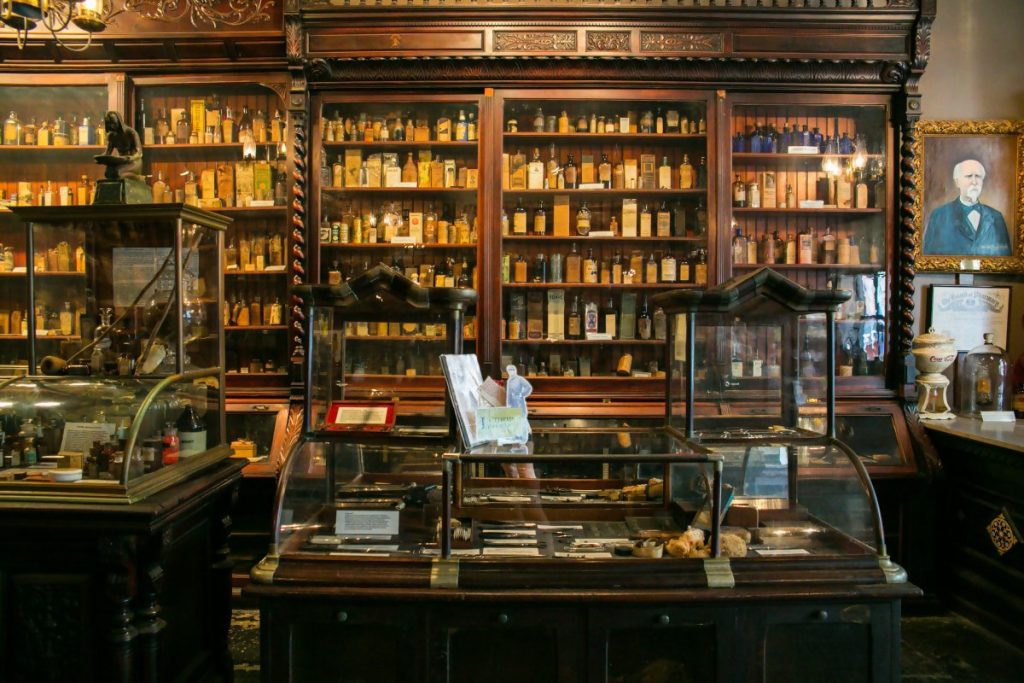 Here is where it gets spooky

One of the first reported ghosts of the New Orleans Pharmacy is said to be that of Dr. Dupas. Dr. Dupas is reported to have performed terrible experiments on pregnant slaves as well as voodoo rites.

His ghost is said to still haunt the property. The ghost of Dr. Dupas is dressed in clothes he normally wore; a brown suit and a matching brown hat. The apparition appears to be a middle-aged man with a mustache.

The ghost of Dr. Dupas is said to be responsible for wreaking havoc in the Museum after it is closed for the night. Staff say that he is the one that triggers the security alarm in the middle of the night. His spirit is also charged with throwing books on the floor and moving displays around.

Sadly, pregnant slaves were tortured and used for performing medical experiments by Dr. Dupas. Today, it is noted that pregnant visitors to the Museum have strong emotional reactions to being in the presence of these tortured souls.

Dr. Dupas was rumored to perform these deadly experiments quite often and randomly. It is said that the lucky pregnant women were the ones that were left damaged for life. The unlucky ones died from his experiments. People began to speculate that when Dr. Dupas killed a pregnant woman, he would have a carriage waiting at the back of the shop for just this situation. And sadly, nobody knows just how many women died or where their remains were taken.

Some people also report seeing the spirits of two children at the New Orleans Pharmacy Museum-a boy and girl. They are said to wander the Museum as well as the adjoining courtyard. Dulfiho Jr and his wife had two children die at the home when they lived there; they lost a son and a daughter. The theory is that these two spirits are the son and daughter of the original pharmacist. 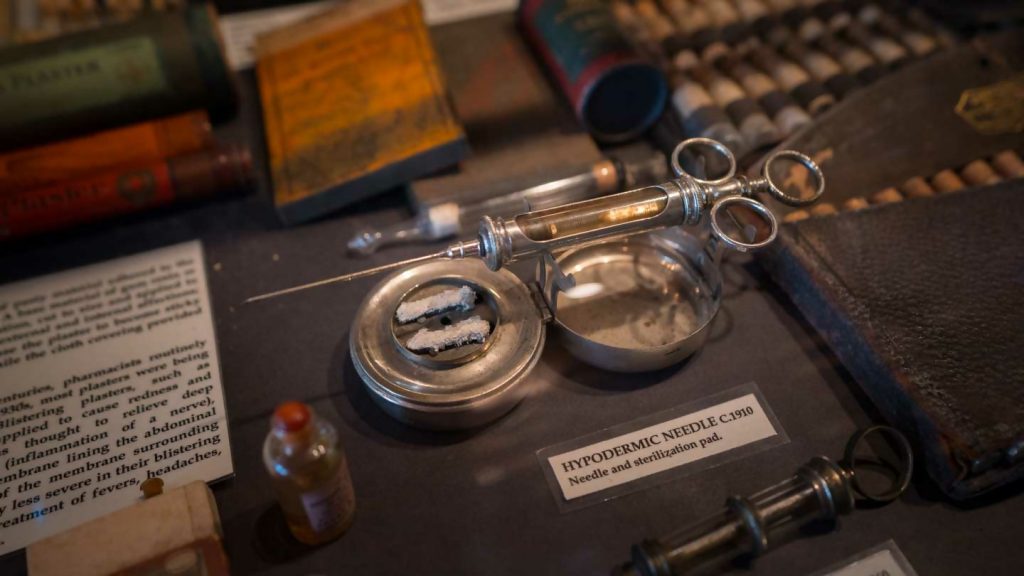 What else is lurking in the pharmacy?

As can be expected, the New Orleans Pharmacy was considered to be well equipped for its time. If you venture there today you will get an eyeful of the medicines and devices that were used to help cure patients back in the day.

When you think about New Orleans a couple of hundred years ago, you need to remember that sanitation was poor at best, there was lots of flooding and humidity and frequent sailors. This combination made disease in the area rampant. It is well known that cholera, smallpox, malaria, and yellow fever were all common and deadly diseases of the time. In the summer of 1853, 1 in 15 people died. And the number was much higher in more rural areas. Pharmacists were responsible for diagnosing and treating patients.

The New Orleans Pharmacy Museum is still set up today, the way it was in the 1800s. You will find walls lined with bottles. These bottles are filled with some of the original “cures” and medicines that were used at the time. The Pharmacy has two floors and a courtyard. The courtyard served an interesting purpose.

Since there was no sewage system in place at the time, the streets were rancid and disease filled. The courtyard gave residents a respite from this. Additionally, it is thought the courtyard at the Pharmacy was used to grow medicinal herbs. Staff reported finding bottles and syringes buried in the area.

New Orleans is a great place to visit any time of the year. However, going in Autumn adds a spooky dimension. New Orleans is a town that historically thrived on voodoo and nontraditional therapies. In fact, the city was a melting pot of people, traditions, and cures.

Once the industry was regulated it helped slightly. People would still frequent the Pharmacy to find the ingredients needed to perform witchcraft and other voodoo medicine remedies. Sadly, Dr. Dupas provided this and much more.

If you tour the New Orleans Pharmacy, be prepared. You can still see the metal table with stirrups and metal collection buckets that he used. Dr. Dupas performed horrific experiments on pregnant slaves. The lucky ones survived his torture with only lifelong scars. The unfortunate ones died. Nobody knows for sure just how many women he killed with his experiments. Nobody knows where he buried their remains either since he had a carriage quickly take them away.

Dr. Dupas does still walk the floors of his pharmacy. It is said that he knocks books on the floor and pushed people on the stairs. If you dare to go to the Pharmacy you might also see the spirits of Dr. Dufilho’s son and daughter. They like to roam the first floor of the building and the courtyard too.

Sadly, you might also hear the moans and cries of the poor tortured pregnant women that perished during Dr. Dupas’ experiments. They are forever doomed to walk the Pharmacy crying for their babies. If you are expecting, be prepared to feel a strong, visceral reaction when entering.