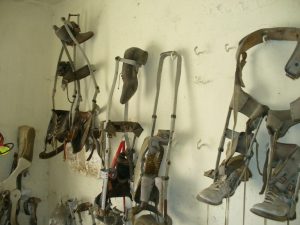 St. Roch’s Chapel is a nineteenth-century shrine. However, it is nothing out of the books. There is nothing ordinary about this shrine, chapel, or cemetery. It is covered with many prosthetic body parts that were placed as offerings. The chapel is still there today and you can visit it. However, there have been many tales of paranormal activity occurring on the grounds. 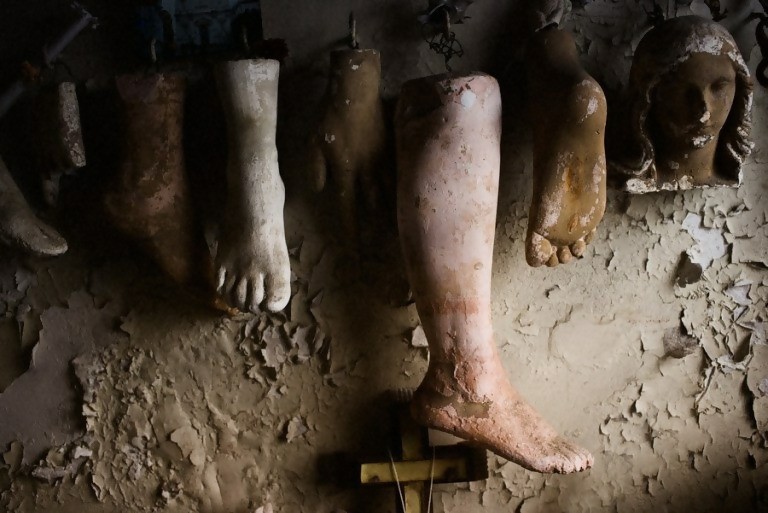 In 1817, yellow fever had struck the gulf coast hard. It took over 40,000 lives in just half a century. This was in New Orleans alone. It wasn’t until 1867 that Reverend Peter Thevis tried desperately to protect his members from this illness. He then dedicated all his prayers to Saint Roch. St. Roch is the patron saint of good health.

In 1348, Saint Roch ministered to many plague victims. It was said that he had saved the lives of many people. It was after this that his legend had grown. He wasn’t made famous until he contracted the black death. He contracted this in Italy. After contracting this, he was banished from the parish. After his illness, he was hiding in a forest. A dog would frequently visit him. This dog belonged to a local noble. The dog would visit him and bring him bread. The bread would sustain Roch until he was better. According to this tale, the dog would lick the wounds of Roch and heal him. It was after this, that he was discovered and became a disciple.

The chapel is where the shrine is located. You would walk into this chapel and it would freak you out. One corner may have limbs and the other could have a shelf of glass eyes. However, if you know about the history stated above, this doesn’t come as a surprise to you. This chapel is full of odd décor that would be hard to explain if no one knew the story. This chapel was used for Catholics to come and worship.

The shrine is located in a building that has two rooms. One room will contain a statue of the dog and Saint Roth. The other room will have prosthetic body parts. They would leave these body parts here to express their gratitude to the saint for healing them. The body parts are still there to this day. There are dozens of them. Some of the body parts including, arms, leg braces, and glass eyes. 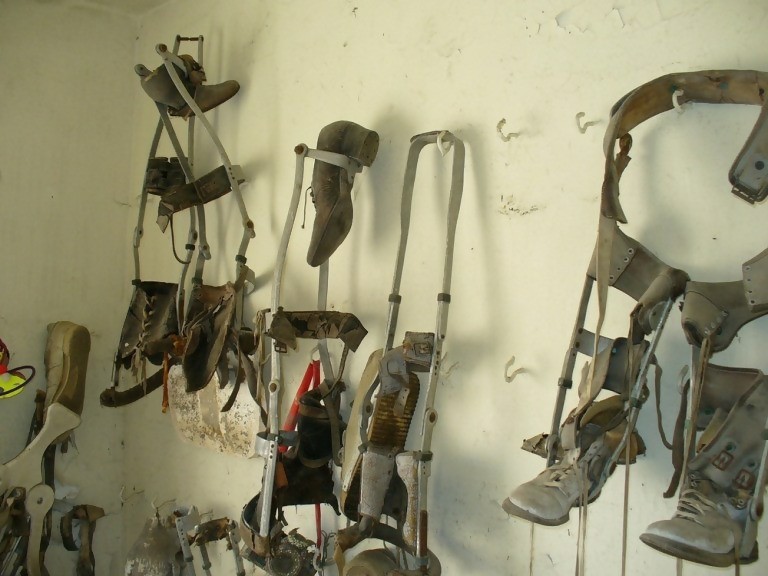 St. Roch Cemetery or Chapel is not visited often. You could go there at any time and be alone. Well, as alone as you can be with spirits and ghosts around. There are many different stories about ghosts in the cemetery. People believe there are ghosts because ghosts like to be alone and undisturbed. When no one visits the cemetery or doesn’t visit often, it is the perfect place to be at peace.

One of the most infamous stories that are associated with this area is a ghost dog. Many people claim to see this dog just wandering through the cemetery. The dog is described as very large. It is said to be unnaturally large. It is a black dog and it is said to have been captured on video and in photos. However, people have not seen any photos of the dog or videos.

Most people question if the dog is just an abnormally large stray dog. This is a valid question to ask because it does happen. However, it has been ruled out that the dog is not a stray dog. Many people will follow the dog because they want to help it. However, once the dog has been cornered and cannot escape, the dog simply vanishes into thin air. Keep in mind that the cemetery is named by a man who the cemetery is named after, had a dog who was the Patron Saint of Dogs. Many people believe the dog that they see is the one who helped him heal and was the one in the stories.

Another story that people have told many times is that of a hooded figure. It is said that this hooded figure walks through the cemetery. Now, this would be strange if it were a real person, however, it could be. What makes it a ghost? Many people are thinking that this is just a creepy person walking through the cemetery. However, can people walk through walls? No. This ghost will walk through walls that are surrounding the cemetery. This is pretty ghost-like if you ask anyone.

The hooded figure is said to be in a large black robe. It is not something that you would forget or miss. The figure is very large and you cannot see the face. People assume that it is a male because he is so tall. However, we do not know for sure if it is a male or female.

A psychic has visited the cemetery and the chapel and stated that the spirits that she encountered are not angry. They are also not restless. She states they are comfortable. The cemetery is a place of calmness despite being a place with lots of death. She states that if you feel a fight-or-flight response while in the cemetery, you may be close to a spirit.

It was said that many different Voodoo rituals had taken place in the chapel over the years. Many people believe that anything supernatural that occurs could be a result of these rituals that have been occurring for many years.

Many people have visited this chapel and cemetery. Some people have some pretty crazy stories about what happened to them during their visits. One person was walking in the cemetery and during this, they heard a voice. A voice had said a three-syllable word. The three people had heard it but couldn’t make out what was said. They all looked over and saw no one. The only thing they saw was a tomb. The people stated that the voice was echoed and that it was very muted. It was like it came from inside something small. The people believed that someone was inside the tomb messing with them, however, upon further inspection, no one could get into this tomb. They knew the sound came from the tomb.

Another story includes a woman who was staying with friends less than half a block away from the chapel. The woman had visited the site during the day, however, she did not do any research on the area previously. She had gone to bed not feeling well. Her friends were in the other room. She was having trouble sleeping and feeling uneasy. The woman even had all the lights on. However, she still heard periodic whispering. It was after she started to fall asleep and become drowsy that she saw a very large black dog being walked by a black woman. This lady states that they were not threatening, however, they were just passing through. It wasn’t until after this incident that the woman learned about the large black ghost dog that is associated with the cemetery.