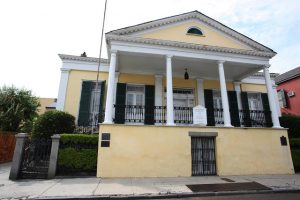 The Beauregard Keyes House in the French Quarter has seen it all. The residential home turned museum has withstood the test of time, seeing everything from Confederate generals, to bloody mafia hits, and even serving as the relaxing residence of a renowned author. Built on religious land declared so by the King of France, the house was first the residence of a local auctioneer. He didn’t stay long, and the home was sold to a local grocer. Confederate General P.T. Beauregard, who led the first charge of the Civil War, was the first and most memorable tenant. The house was named after him, though he only rented the home. The house was later sold to the Giacona family, who were part of the Sicilian Mafia. The family was into wine dealing and other typical mafia activities. After a triple murder in the dining room, they boarded up the house, and the home looked more like a fortress. After the men in the house left, the younger siblings and children were left to fend for themselves. The house fell into disrepair, and there was a genuine possibility of being demolished. The house was put up for auction in 1925, and one of the Giaconas threatened to tear the house down and build a macaroni factory (seriously?) if preservationists did not step in. The threats worked, and the house was bought out by concerned citizens from around the French Quarter. Writer and New Hampshire native Frances Parkinson Keyes took up residence in 1945. She began the renovations, restoring the home to its former beauty. Keyes used the house as a winter getaway until her death and wrote upwards of 30 novels while living there. Her organization, the Keyes Foundation, now uses the Beauregard Keyes House as a museum. With such a long and fascinating history, how could it not be haunted? The ghosts of Civil War soldiers, including Beauregard, have been sighted within its walls, complete with fresh battle wounds. The Beauregard Keyes House was said to be haunted from the very beginning, driving one of the first residents so mad that he ran down the street naked with an ax.

The land where the house now stands was originally intended to be a weapons arsenal for the French military. Instead, the Ursuline nuns moved in after arriving from France in 1726. The King of France at the time, Louis XV, gifted the entire block over to the convent. The nuns, in need of some money, later sold off parcels of land to local citizens and brokers.

One of the parcels was bought by Joseph Le Carpentier, a local auctioneer. He had his house built in 1826, and promptly moved his family in. Le Carpentier’s grandson was none other than Paul Morphy, the greatest chess player of his day. Morphy was born in the house. After being so well known for playing chess, he tried to make it a lawyer, but he wasn’t taken seriously. Even back then, the home had an aura of spookiness. The building was said to be filled with spirits and dark energy, so much so that they drove Morphy mad. Whether it was due to Morphy’s genius or the dark spirits is yet to be known.

Le Carpentier sold the house to the Merles, a family of Swiss immigrants. Madame Merle was the one who designed and built the garden in the rear courtyard. The French Quarter was a smelly place back then, so the garden gave the family some much-needed fresh air. The garden also annoyed their Creole neighbors, who thought the garden provided them too much respectability. The Creoles hated the Americans and took every jab they could at those damn Yanks.

A local grocer by the name of Dominique Lanata bought the house in 1865. Lanata was also the Consul-General of Sardinia in New Orleans. He owned the property but didn’t live there. He rented it out for extra income. Lanata’s first tenant would be the most memorable; it was none other than Pierre Toutant Gustav Beauregard, general of the Confederate Army. Beauregard is credited with starting the Civil War, leading the attack on Fort Sumter in 1861.

After the war, Beauregard returned to the city to find a job, and landed the head office of the New Orleans, Jackson, and Great Northern Railroad. His wife had auctioned off her old home, and Beauregard was left without a place to stay. He found Dominique Lanata in 1866 and stayed for two years before moving to a house on Royal Street.

Though Beauregard was only a tenant who lived in the house for two years, the place became known as the Old Beauregard House.

The Giacona Family and the Sicilian Mafia

Dominique Lanata sold the house in 1904 to the Giaconas. The Giacona family was part of the New Orleans chapter of the Mafia called the Sicilian Black Hand. The Giaconas sold liquor illegally and ran a wine cellar on the first floor. Let’s just say that business for the Giaconas was running very well.

Their lavish lifestyle caught the attention of the Black Hand. They grew too powerful. The other mob bosses felt like the Giaconas were encroaching on their territory and that the family hadn’t paid their dues. So Pietro Giacona, the head of the family, made his move to settle the score.

Using their underground connections, Pietro and his son got off scot-free. But they were paranoid; the family boarded up the house until it looked like Fort Knox. The patriarchs of the family then took off, leaving their daughters behind to foot the tax payments. The house started to fall apart, and the garden had become an empty field. The girls sold hand-sewn baby clothes in the French Quarter for money. They sold the house in 1925.

Pietro invited four other members of the mob over for dinner. Though it seemed like the Giaconas wanted to talk things out, Pietro and his son had other plans. Mid-dinner, they pulled out their guns and started shooting, killing three Black Hand members and injuring the fourth.

The Keyes to the Old Beauregard House

Antonio Mannino, who was married to one of the Giaconas, bought the house. He threatened to have it torn down and replaced with a macaroni factory if it wasn’t bought by preservationists. The local Owens family took it off his hands, but it was author Frances Parkinson Keyes who really showed interest. After buying the home from the Owens, Keyes began to renovate the dilapidated home. She also restored the garden, which had long since died out during the Giacona Era. Keyes used the house as a winter home, traveling between New Orleans and her home of New Hampshire. She wrote 30 novels while living in the Beauregard Keyes House, including The Chess Players, which was about Paul Morphy. Keyes lived in the home until her death in 1970. The Keyes Foundation then took over, turning the house into a museum.

Ghosts of the Beauregard Keyes House

The rich and intriguing history of the Beauregard Keyes House has left behind one heck of a legacy. The house is haunted and has been haunted since the early days. Paul Morty was driven mad while inside the house, having been born and found dead in the home. He claims to have been chased out of the home by demons, and was found running naked down Chartres Street with an axe, threatening to kill anyone who came near. Though he claims to have been possessed, he may have just been battling his own inner demons. Nobody sane has ever been that good at chess.

The ghosts of Civil War soldiers still live on in the Beauregard Keyes House. Witnesses say they’ve seen the apparitions of numerous soldiers waltzing about. The disturbing part is that they are all wounded as if they just marched off the battlefield. Soldiers have been seen with missing limbs and their heads half blown off. They tend to stare off into the distance before disappearing. Rumors say that they are Beauregard’s men from the Battle of Shiloh, one of the Civil War’s bloodiest battles.

Beauregard himself has been seen hanging around. Keyes says that she often saw the ghost of Beauregard late at night, looking for his boots. According to Keyes, he left his favorite boots somewhere in the house after he moved, and his spirit is forever stuck in an endless search for his boots.

Learn about the spooky history of New Orleans!

Vampires, voodoo, ghosts, zombies; this city has it all. Before you come down to the Big Easy, make sure to read up on the most haunted spots in the city! Read about the ghosts of Storyville, the old city’s red-light district. Pay your respects to the dead at the St Louis Cemetery, where you might catch the ghost of voodoo queen Marie Leveau. If you want to take a ride on a ghostly roller coaster, then stop by the Old Six Flags, which was destroyed after Katrina, but the undead are still having some fun. You can also read about the top ten most haunted spots in Louisiana right here! 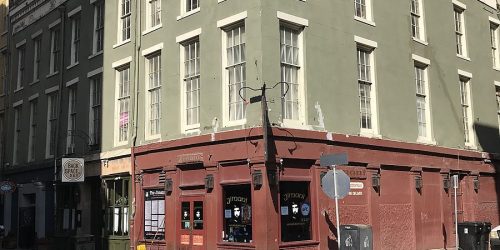 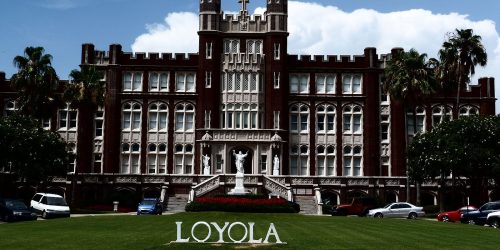 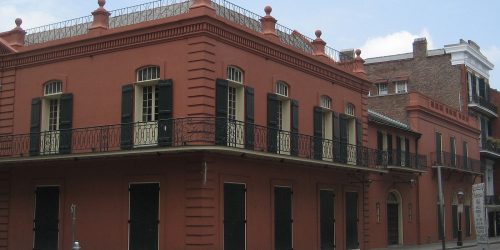