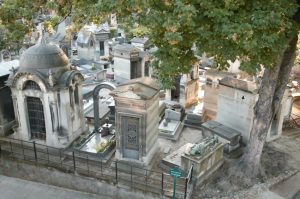 The Mortuary is a very large Victorian Mansion. You can find it at 4800 Canal Street. This is a place that is close to many hearts in the area of New Orleans. It is this location that many people would travel to pay their last respects to those who have passed. The mansion was located at the end of the street with the cemeteries. There are many stories surrounding the property.

The Mortuary was built by Mary Slattery. It was built to be a mansion for family use. It was supposed to be used to house her family for generations to come. This was the plan in 1872 when it was built. However, she acquired additional land. By the year 1880, She and her husband, John, had six children. The eight of them lived in the home. They had a son named John Jr. He would be a stone cutter, as well as a sexton, for the cemetery near the home. The home was very large and accommodated not only the eight family members but two friends as well. The home would house Mr. John Kran and his wife.

The home would eventually be sold in 1905 to William Klien and Marie Lafontear. The home would remain in the possession of Marie until 1923. The home would be passed on to a notary. He was E. Howard McCaleb. In 1928, the home was purchased by McCaleb on behalf of McMahon. The intent for the property was to be the biggest and grandest funeral home.

It wasn’t until 1930 that the undertaking company would start advertising. The company was called Pj McMahon and Sons. There were photos in the booklet that showed the inside and outside of the mansion. It would describe the many services it had offered as well. At this time, the building was considered to be a wonder due to its beautiful architecture. It had a neo-classic style exterior and a Victorian-style interior. It was in 1933 that the name of the building was changed to PJ McMahon and Sons.

In 1959, renovations were being done to add new features to the building. The building would feature some of the nicest amenities that were found only in the nicest mansions. The building was undergoing a very ambitious project. It would have an elevator, more viewing rooms, a back garage to be used to discretely deliver the dead bodies, and so many more amenities. There would be a smoking parlor, separate baths, dining options, and more. After the building renovations, the mansion would be a full-service funeral home. This meant that there would be an embalming room, autopsy room, storage room, casket storage and sales, and a crematorium. There were also flower sales on-site as well. They were thinking about every aspect of the business. There were well over twenty thousand different funerals inside the mansion. That’s a lot of death.

In 1985 the company decided to merge with another known as Security Industrial Funeral Home Corp. The property would then again be sold in 1996. It was sold to Leowen LAHoldings. This would later be known as Alderwoods. It was at this time that the funeral home would do away with many of the amenities that were added. They were doing this to save money in an effort to reduce costs. However, the business suffered. Keeping a 130 -year mansion up was taking its toll. The property was then sold in 2004 to EHN2 Holdings.

The company that purchased the building wanted to turn it into an academy for a day spa. The first task was to gut the entire property because of the many hazardous materials and the poor condition of the building. At this time, everything was removed from the home. There were no original items from the home except the wood frames, staircases, and doors. During the renovations, the CEO of the corporation that bought the building died under very mysterious circumstances. The board then decided to sell the property. It was completely empty and gutted. It would remain abandoned for three years. 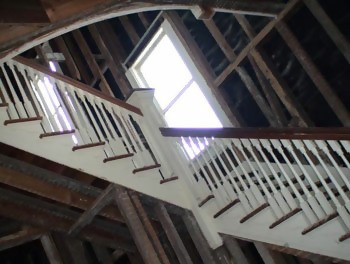 The building would survive the hurricane because it was not subject to flooding due to being located on higher grounds. However, it wasn’t until 2007 that the home was purchased again. Jeff Borne had turned this decaying building into a haunted house. It is designed to provide people with excitement and thrill, as well as terror. The dream was to turn this into one of the best-haunted houses during the Halloween season, however, little did he know, there were many tales that surround the property.

When the crew had walked the property, they found it was in very bad shape. It needed a lot of repairs, however, they had to be extremely careful. The walls were covered in graffiti and there were holes in the floors. If the workers did not watch their step, they would fall through the top floor and possibly end up in the basement. The man who purchased the building would plan to rebuild and open that same year. Little did he know, his plan was about to quickly change.

It was during this time that he was approached by paranormal investigators. They had wanted to investigate the home because of the previous owners. There have been many strange occurrences and reports since the home was a funeral home. It is said that many of the souls that were inside the funeral home had decided to never leave. It was at this time that the building was investigated for paranormal activity.

There are a few stories that surround the former funeral home. There is a woman who is dressed in white. You can often see her on the top floor of the building crying. Her husband had passed and she sits there in despair.

Another legend states that a well-dressed tall man appears once in a while. The man will only appear if he believes that people are disrespecting the cemeteries that are next door. It is said that he punishes the offenders by silencing them.

It is also said that there are two children in the home as well. These children will play pranks on the living. It is a boy and a girl who are responsible.

There is a mortician who used to work there that was seen by employees. He would continue his work in the basement of the home. You can also hear footsteps and voices in the home even when there was no one inside.

That isn’t even the scariest part! There is said to be a poltergeist activity. Furniture will move all by itself and scare people. 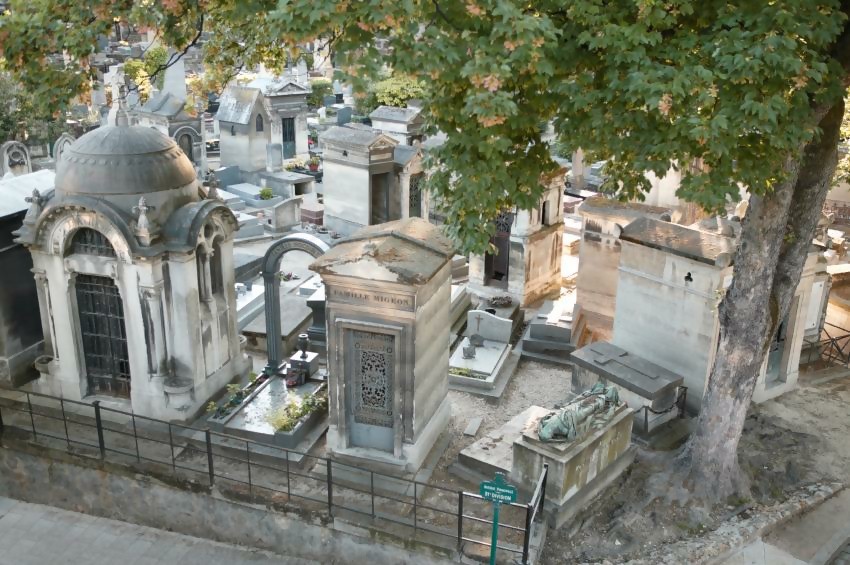 You can visit the Mortuary and learn how to use ghost hunting equipment. You can learn the stories of the building and find your own ghosts. Keep in mind that this is one of the most haunted places in America. You can tour the building’s beautiful structures. The building was restored to much of the original appearance. The house still has two cemeteries that surround it. You can come here to experience some history and hauntings while learning to use equipment from paranormal ghost hunters! No matter why you visit, leaving this mansion will have you take a little different look at death.

A man bought this property in hopes of turning it into a haunted house, little did he know he didn’t have to. It was already haunted enough. People would come just because of the history of the building.