The St. Louis Cemetery No. 1 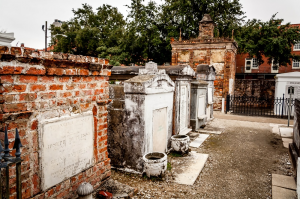 Known as the most haunted location in the city of New Orleans, Louisiana, this cemetery offers haunts to those looking for eerie history and spooky stories. This cemetery dates back to 1789 and remains the oldest one standing in the city today and is famous for its unique construction of tombs and the notable characters that were buried there.

The cemetery has Neo-classical architecture that gives the location a distinct style that many visitors come to see. From the vast array of tomb styles, shapes, and sizes, to the narrow and maze-like walkways, this cemetery is unlike any other. And with over 700 different tombs and 100,000 bodies buried at the site, there is plenty to look at.

The above-ground burials and historic tombs make this cemetery a site to see and bring visitors from all over the world to tour the grounds. With the purchase of a guided tour ticket, you can be escorted through the cemetery and hear about the history of ghost sighting and paranormal happenings that have been known to occur there and learn the names of the famous dead.

There are no longer public viewings, likely due to the high amount of vandalism that had occurred, and you must now purchase a ticket and have a guided tour in order to see the inside of the cemetery. There are still family members buried there, and you can get a pass to see them so that you don’t have to purchase a ticket.

The rate of purchase for one of these burial plots is around $40,000. This may seem like a very steep price, but with a rich history, it isn’t unreasonable. With famous people from all around the world being buried in this sacred cemetery, you would also have some very special neighbors. 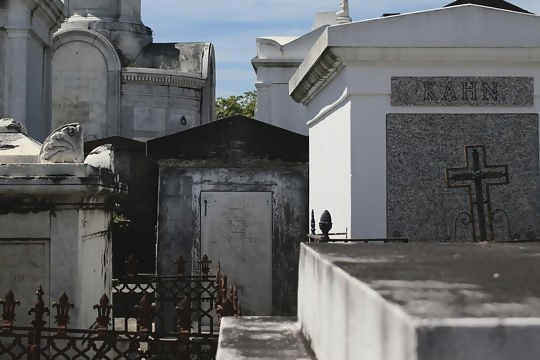 This cemetery is known as the most haunted location in New Orleans, and with tons of recorded ghost sightings, it is hard to dispute the history. From people sneaking into the grounds at night and getting spooked, to people who believe to have had a supernatural encounter with the dead, there are plenty of chances to come across an undead character or two at this site.

One of the most famous, and perhaps the biggest reason that people choose to walk the cemetery is to see the tomb of the famous Voodoo Queen, Marie Laveau. This woman was born in 1801 to a Creole mother and a white father. She grew up to be a magnificent and beautiful young woman and was very popular because of her skills as a hairdresser.

Laveau had learned many different natural and herbal remedies and serviced the rich and famous of her time. Although she was a great hairdresser, she was most well-known for her voodoo practices. She was known as a kind and helpful woman who used her voodoo to help others and was loved by many in her community. 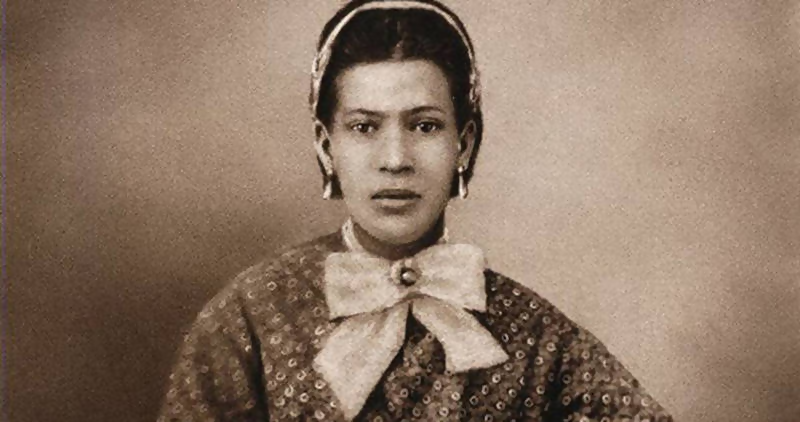 She died in 1881, at the age of 80, and passed away while in her own home. She had a lavish funeral with many townspeople coming to mourn her, but it was said that after her passing, she was seen about the town. This ghost story has become one that is told by many with some people saying that they still see her spirit today.

It is said that if you see the tomb that you can still spot the three X’s. These are said to be left from those who need Laveau’s help. The legend says that if you place an X on her tomb, turn around three times, knock on the tomb and yell out your wish, that she would grant it. If your wish was granted, you were to come back, circle the X, and place an offering at the foot of her tomb to give thanks.

Although she was known for her kindness in life, on the other side of the mortal coil, things may be a bit different. Guests of the cemetery who have voiced their disbelief of her practices and religion have been reportedly pushed, scratched, and thrown to the ground near the Voodoo Queen’s tomb. Others have sighted her walking around the cemetery before vanishing into thin air.

Another burial that is particularly interesting to visitors is the tomb, or lack thereof, of sailor Henry Vignes. The sailor had not home and lived as a nomad until going to a boarding house in New Orleans. Vignes kept important papers with him, which included his family’s tombs, and asked the owner of the boarding house to keep the papers safe for him while he went out on a voyage.

While he was away, the owner sold the tombs and left Vignes with no family plots. He was said to be trying to fix this issue once he got back and found out what had happened, but he becomes sick not long after his return. He died shortly after and because he had no family tomb anymore, he was buried in an unmarked grave at the St Louis Cemetery No. 1.

The hauntings that have to do with Henry Vignes, although he was buried over a century ago, are still seen often. Visitors of the cemetery tell of a man with blue eyes that asks where the Vignes tomb is, and many people have reported speaking to the ghost himself. He has been caught on camera on numerous occasions and has also been recorded saying, “I need to rest!”

Another sighting that continues to cause visitors to be spooked is the haunting of Alphonse. The story of this man’s life is not well-known, so much of his history is unknown to history. However, although much of his life is not recorded, his presence in the cemetery is prevalent and sightings of his apparition are still seen often.

Visitors of the cemetery have reported having a man take their hand and ask them to bring him home. His ghost has also been seen walking around the cemetery and picking up flowers from others tombs and putting them carefully on his own. Many people believe this is a sign that he was not properly mourned, or that his death wasn’t an accident and he steals flowers for his grave as a form of justice.

The circumstances surrounding his death are unknown, but it is said that he was potentially murdered by a member of the Pinead family because when visitors step close to their family tomb, Alphonse appears and tells them to stay away. This incident has happened to several guests of the cemetery and made Alphonse a known supernatural presence to be expected when visiting the gravesites.

With the high number of typical ghost sightings, it’s easy to see why so many people flock to New Orleans to visit this haunted cemetery. From the Voodoo Queen to the lonely Alphonse, some ghosts are just looking for a home or a place to rest. Whether you are looking for a historical or paranormal experience by going to the St Louis Cemetery, you will likely get to see some uninvited guests.

Taking a guided tour of the grounds can give you an experience that you can’t get anywhere else, and if you are specifically looking to get to interact with some apparitions, then you will likely find what you’re looking for in this attraction and its many known ghostly presences.

With the few main hauntings that are regularly seen in this cemetery, there are many others that are not so common that have been reported. From the feeling of someone watching them, to the soft voice of someone standing behind them, visitors have been scaring themselves for decades at this haunted location. So, if you are looking for a place to find some supernatural activity, then you should straight to the epicenter.