During the early 1970s, the UpStairs Lounge was a thriving gay bar in the French Quarter of New Orleans. The UpStairs was a safe space where the LGBTQ community could congregate amidst the deep hatred and oppression they faced in the Christian South. Patrons gathered at the UpStairs to drink, play piano, and enjoy drag shows. The building was also the headquarters of the New Orleans chapter of the Metropolitan Community Church, called the MCC for short. The MCC was the first LGBTQ church in the US. Despite the fact that the New Orleans LGBTQ community was forced to remain lowkey, the UpStairs Lounge provided hope. But on Sunday, June 24th, 1973, it all came to a tragic end. Someone set fire to the building, killing 32 people and injuring 15 others. The arson was the deadliest attack against the LGBTQ community until the Pulse Nightclub shooting in 2016. The city of New Orleans, like most of the nation, was still very hostile towards gays at the time. The police hardly investigated, and the attack remains a cold case to this day. Many citizens of New Orleans, especially the Christian community, scoffed at the attack, brushing it off as divine intervention. The victims were openly ridiculed by the media. Today, a memorial plaque sits on the sidewalk in front of the building. The building is home to the offices and a kitchen for The Jimani, a popular bar in New Orleans, which also occupied the building at the time of the fire. The third floor, the former home of the UpStairs Lounge, remains unused and partially damaged. The staff and workers of The Jimani have reported several paranormal phenomena in the building, often hearing the screams of those who perished in the fire. The smell of smoke and burning flesh has also been reported, while others report feelings of being watched by unseen entities. Ghosts of the victims have even appeared in full apparition. Paranormal experts who investigated the building have been able to communicate with the spirits of the victims, many of whom simply want to be remembered. Being that the ingrained homophobia meant that the city turned a blind eye to the tragedy, many residents today know little about what took place on that fateful Sunday evening.

The UpStairs Lounge and the MCC

At the time of the fire, the three-story building on 604 Iberville Street was occupied by The Jimani Lounge restaurant and its offices on the first floor, and the UpStairs Lounge and the MCC on the second and third floors. The New Orleans MCC had just taken off and was still gaining traction. Though there were dozens of gay bars in the French Quarter at the time, the LGBTQ community was still forced to remain underground. The UpStairs was one of them, serving as a safe space for the LGBTQ community to gather. Nights usually ended with patrons singing songs around the bar’s grand piano.

Sundays were special at the UpStairs. The MCC held a Sunday Service during the day in the bar’s theatre, and the bar held a weekly “beer bust” at night with an all-you-can-eat buffet and beer for only $1. This Sunday in particular, though, was different. It was the last day of Pride week, marking the 4th anniversary of the Stonewall Riots. Two other chapters of the MCC had also been firebombed in Los Angeles and Nashville earlier that year, and the Los Angeles chapter had been attacked right after the historic Roe vs Wade ruling.

The Fire at the UpStairs Lounge

About 125 patrons gathered at the UpStairs for the Sunday Service. When the service was over, most of them stayed for the beer bust, which began at 5 pm. A few minutes before 8 pm, the buzzer at the front door rang, which usually indicated the arrival of a taxi. About 50 to 90 people remained in the lounge, most of them from the MCC. When someone went to open the front door, they found the wooden staircase engulfed in flames. The narrow wooden staircase was the only clearly marked way to exit the building. The crowd panicked.

Bartender Douglas Rasmussen signaled to the crowd, trying to lead them through an unmarked back door. Part of the crowd heard his call, but some didn’t get the signal and were stuck in the inferno. The massive floor-to-ceiling windows were seemingly the only way out, but they were reinforced with steel bars. Some were able to squeeze through the 14-inch gaps, while others weren’t as lucky.

By the time the fire department arrived, the building had burned out. 32 people had perished, and 15 others were injured by burns or smoke inhalation. This was the deadliest attack on the LGBTQ community until the Pulse Nightclub shooting in 2016, and the deadliest fire in New Orleans since the Great Fire of 1778.

Homophobia was the norm at the time. The police did little to no work on the investigation. The only suspect was a man named Roger Dale Nunez who had been thrown out of the bar earlier that day after a confrontation. Nunez committed suicide a year later in 1974. Many were skeptical. The police dismissed the bar as being a “thieves’ hangout” to the media. It was obviously a homophobic attack, but the police closed the case after finding no leads.

The reaction from the media echoed the general public sentiment at the time. The bar fire made headlines the day after the fire and was never spoke of again. Very few newspapers even acknowledge that the UpStairs was a gay bar, nor did they acknowledge that it was a hate crime. Many of the survivors refused to show their faces on camera for fear of being outed. Some lost their jobs when they found out that they were victims of the fire. Some of the deceased were never identified by their families, for fear of having it be known that their son or daughter was gay.

The muted reaction sent a clear message to the gay community in New Orleans. Had this been a straight bar, the community would have been much more sympathetic.

The Ghosts of the UpStairs Lounge

The building today still holds the offices and kitchen for the Jimani, where the offices are on the first floor and the kitchen on the second. The third floor, which formerly housed the UpStairs and the MCC, remains empty and partially damaged. The patrons and staff of the Jimani say that the building is haunted by the spirits who perished in the attack, having had numerous paranormal experiences over the years.

People inside the Jimani often report hearing cries for help and the smell of burning flesh, as if they were transported to the night of the devastating blaze. Others have seen glowing orbs and feel as if they’re being watched by an unseen presence. Paranormal investigators have revealed the presence of several ghosts, one of which is often seen walking the second floor of the building. Many believe that this may be the ghost of George “Bud” Matyi, who often graced the piano for his friends at the UpStairs. George was a caring soul. As the fire burned, George helped others escape the blaze, even sacrificing his own shot at survival to go back into the building and rescue others. His body was found under the piano on top of two other victims, as if he spent his last moments trying to offer protection. His gentle soul still resides on the second floor, watching over the spirits of his dear departed friends.

Paranormal experts say that the souls of the victims are restless. They want justice. After achieving communication with the ghosts, the spirits revealed that they feel like the murderous crime has been forgotten. They want future generations to remember what happened at the UpStairs Lounge. Even many in the LGBTQ community are unaware of what took place at the UpStairs. After being the victim of a devastating hate crime, they were subject to further abuse at the hands of the media and the local community. The ghosts of the UpStairs Lounge exist as a reminder of the hatred and oppression faced by the LGBTQ community to this very day.

Want to learn more about the haunted history of New Orleans?

New Orleans was historically a haven for bootleggers, pirates, and criminals, which mixed with African Voodoo and French and Spanish Catholicism, made the Big Easy a spooky home for all kinds of ghost stories and creepy characters. Watch out for the crazed Axeman of New Orleans, who took dozens of lives and left three haunted houses and a genre of jazz in his wake. Read about the Voodoo Queen Marie Leveau, who helped improve the lives of slaves and free people of color around the city. Her spirit still roams New Orleans to this day, often seen near her grave at the Saint Louis Cemetery. She’s also been seen having a drink at the Old Absinthe House. You should also read about the top ten most haunted spots in New Orleans before planning a trip to the Big Easy. 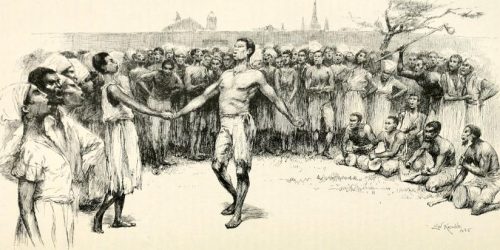 If you want to talk about Black and African culture in New Orleans, then you need to talk about Congo Square. The area has served as a gathering spot for the city’s Black population since the 1700s....
Read More 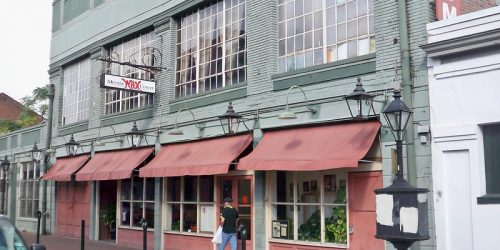 Where else could you see a naked Napoleon taking a bath or take a nap with a cyclops in a cage besides New Orleans? The Musee Conti Wax Museum was full of curiosities. Before it closed its doors for g...
Read More 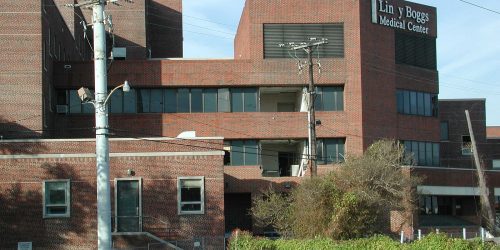 In 2005, Hurricane Katrina wreaked havoc on New Orleans. When the levees broke, the city flooded, destroying homes, businesses, and lives. Over 1,400 people were killed in the aftermath. A big part of...
Read More