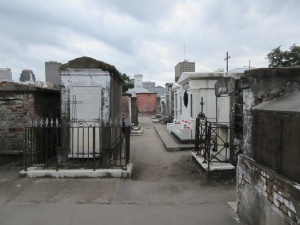 The City of New Orleans is a city located in the southern United States with a population of nearly 400,000 people. It’s the largest city in the state of Louisiana. The city is best known for its vibrant culture, jazz influences, and one of the biggest events of the year: Mardi Gras. A city that is located in the heart of “bayou country” is also home to some hauntings that might just be ripe for the adventurous and the ghost fanatics that travel here. Let’s not forget the presence of a voodoo culture that is said to go back even centuries. We can even go so far as to say that this might be one of the most haunted cities in America. If a trip to the Big Easy is in your future, you’ll need to check out this list of haunted places. Before you do, let’s get to the list of what they are so you can learn the story and history behind each site: 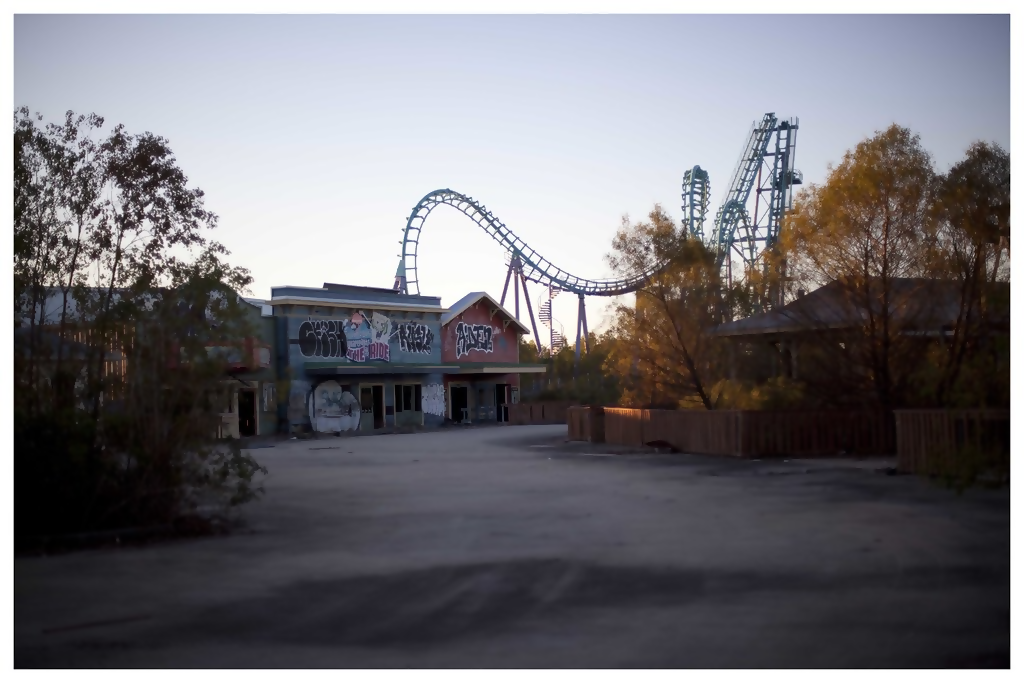 Imagine a huge amusement park like Six Flags being deserted. Unfortunately, this was the case here at this Six Flags park in New Orleans after Hurricane Katrina hammered the Gulf Coast in 2005. The feeling of time standing still is apparent if you happen to walk the grounds of the place that was previously known as “Jazzland” before it became a Six Flags. While there might not be any ghostly presence that we know or heard of, just standing here in the dead of silence is haunting enough.

It would feel like you just stepped out of a time machine and you’re the only one visiting a place of ages past (assuming you’re the only one there). The abandoned buildings riddled with graffiti also adds a bit of that scare factor. If you do feel adventurous, going here especially during the day will be something worth doing. 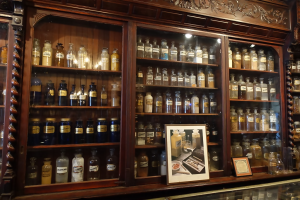 The New Orleans Pharmacy Museum was a place where you can learn about the medicines of ages past. It was also even the place where the first licensed pharmacist in America practiced his craft. Aside from doing all things pharmaceutical, this individual also took part in performing some strange medical experimentations. Most of his favorite “patients” were women. One of the things that stand out about this place is the array of old school medical equipment that was being used for these experimental procedures. The designs on some of them will blow your mind. Not only will the medical equipment make your hair stand on end, but a common occurrence is also the sound of groaning that can be heard on the third floor of the building.

In a place where the story of voodoo exists, the strangest things still happen in New Orleans. Especially when there is the use of medical instruments and procedures that can make any horror movie enthusiast nod their heads in approval.

This mansion was once the home of a rich Turkish man who might be one of the very first revelers in a city that knows how to throw a party. To say that he was ahead of his time might be an understatement. Before the party animal occupied the mansion, it was owned by a dentist name Joseph Gardette. When Gardette decided to move back north to Philadelphia, he sold the home to a wealthy businessman named Jean Baptiste LePrete.

It was said that the Turkish man who later moved into the home was said to be a member of the Turkish royal family that may have been disowned. However, it was on one night when the party was cut short (figuratively and literally). The following morning, a neighbor who was in the area noticed trails of blood. Upon entering the home, the neighbor discovered that the occupants including the Turk himself were slashed to death. The riches and valuables that were owned by the man were taken away. It may have been assumed to have been the work of pirates (although this has not been confirmed to this day).

It is said that the ghost of the Turk and even his band of merry revelers are said to still be around making noises of moaning and groaning. Some have said that the hedonistic tenant was said to be buried alive and was never unearthed. 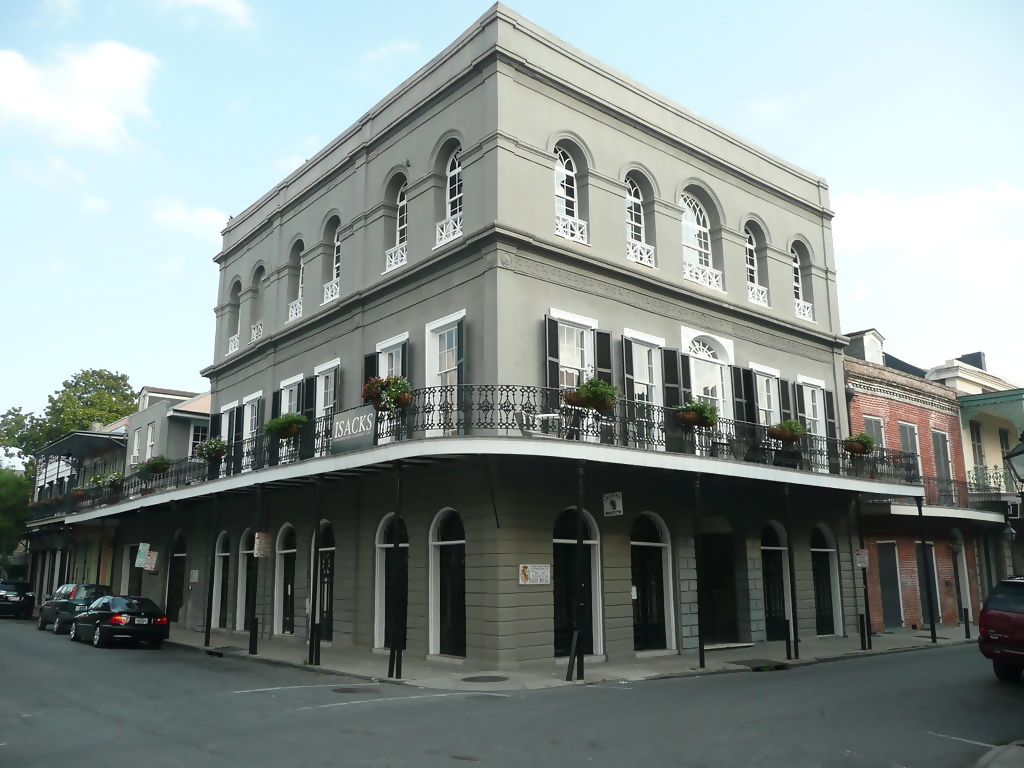 Who would have thought that a mansion like this would have something sinister inside? After a fire gutted this mansion in 1834, it was discovered that inside the Lalaurie Mansion was a torture chamber that was complete with the chains, cuffs, and possibly a few of the prisoners that were held captive. Madame Lalaurie herself would often chain people and torture them. Most of them were slaves that she had owned while living at the home.

Regardless of the possibility of ghosts existing inside the house or not, the fact that this housed a place where tortures regularly took place takes it up a notch. The people who now own the mansion have said to have heard some paranormal activity occurring like water faucets being turned on and off, doors opening and closing, and the feeling that someone might have been sleeping in a bed that no one has ever slept on in years. 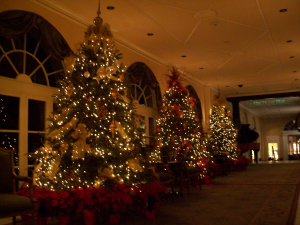 The Omni Royal Orleans is considered to be one of the most prestigious hotels in the city. Well before it was a hotel, it became a place where slaves were bought and sold. Even in the rooms today, the sounds of moaning and groaning can be heard. This hotel and even other places in New Orleans’ French Quarter also serve as the site of some paranormal activity and possibly the ghosts of those who had lived under harsh conditions in New Orleans before the abolition of slavery in the 1860s.

The chapel was named after St. Roch, known as the patron saint of healing. Aside from the chapel is a cemetery. In one of the small rooms near the burial ground, there is a wall filled with all kinds of items. These range from prosthetic limbs to children’s toys and stuffed animals notes written by the dead, and so much more. One of the reasons why this happens is that it was something to give to St. Roch as a way of saying “thanks”. What’s even scarier is the locks of hair of the deceased are also pinned to the walls of this small room.

You can even expect the presence of specters at just about any corner. If there is one thing New Orleans might be known for, it is these graveyards that carry deep, dark, and even the creepiest of secrets. 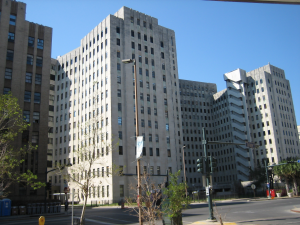 This was a large medical center that was closed down and never reopened after Hurricane Katrina. The building stood still while the inside of it was a complete mess. It had been said that a lot of medical waste had been sitting around for a long time until it was disposed of properly a few years ago. Like the old Six Flags resort, even standing inside (if you dare to slip in) is like being frozen in time. Some of the things might still be around due to abandonment.

It remains to be unseen what the future will hold for this building that is said to be measured at a mere one million square feet. Despite a long recovery ahead for the city post-Katrina, New Orleans remains optimistic about what the future may hold about some of the buildings that are still standing even after sustaining some inside damage. 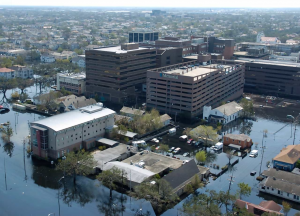 Another medical center that was impacted by Hurricane Katrina has long since been rebuilt and opened. But before that, it served as a place where some sordid stories during and after the hurricane had happened. After the hurricane, it was a place where chaos ensued. There were critically injured patients, no water, no electricity, and the inside room temperature was well into the triple digits. The environment inside appeared to be insufferable by modern human standards.

There were also stories of nurses and doctors administering fatal doses of various drugs to many patients. By the time the cleanup was underway some two weeks after the hurricane, it was said that as many as 45 bodies were recovered from the hospital. Most of them were already in the process of decomposition. 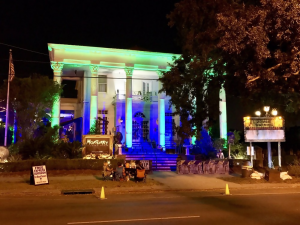 The Mortuary is perhaps a fitting name for a haunted house that many people from all over flock to around Halloween time. Beforehand, it was a real mortuary. Built as a residence in the 1870s, it later became a funeral home later on in the 20th century. The Mortuary is also smack dab in the middle of some of New Orleans’s most famous and oldest burial grounds. Like most of the buildings still standing after Katrina, the Mortuary stood unattended for a couple of years until it was later reworked and opened up as a haunted house.

For a haunted house, the possibility of presences and ghosts may not just be special effects. It may very well be considered the real deal. 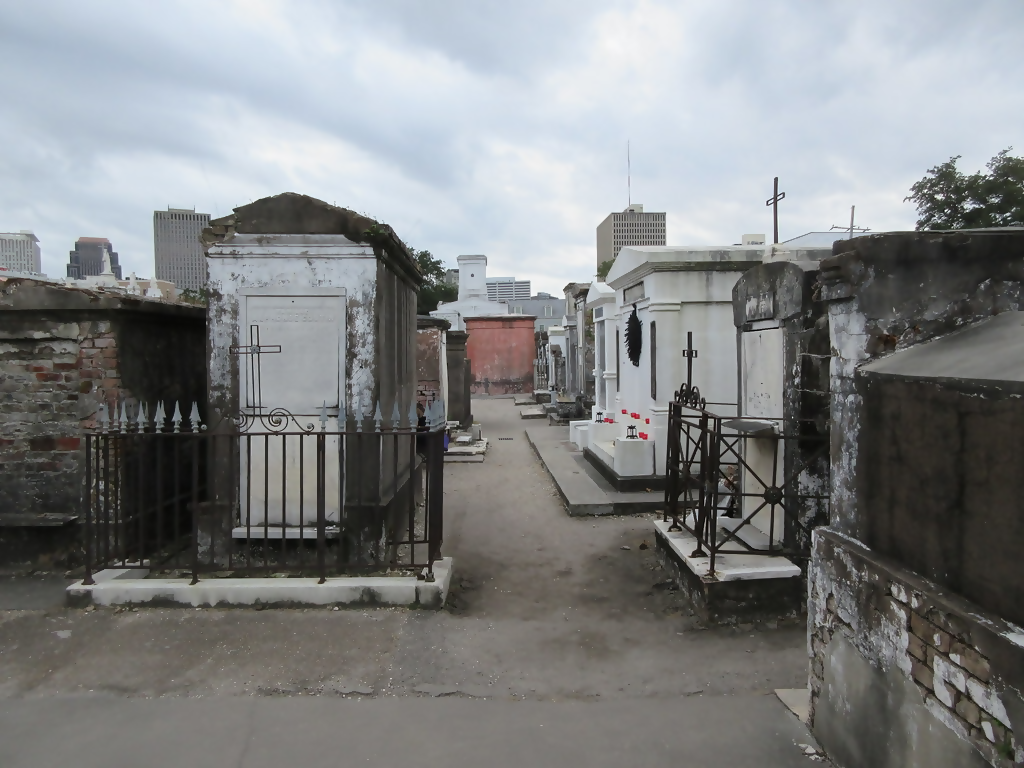 Talk about saving the best for last. This cemetery is the oldest in The Big Easy. Walking through this ground filled with graves and crypts, it would seem easy to get lost in. If you ever walk through this maze of final resting places, you’ll know that one of the most famous people here is a Voodoo Queen known as Marie Laveau. While there may not be some dark magic looming about, you won’t be shocked to see the movement of shadowy figures or some apparitions on these grounds.