Top 10 Most Haunted Places in Louisiana 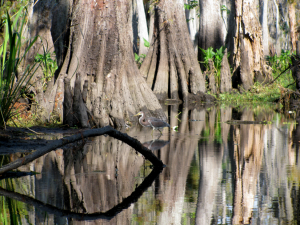 The state of Louisiana is a state located in the deep south that is known for a few things. One, their cajun cuisines are out of this world. Two, it’s home to one of the most vibrant cities in the country — New Orleans. And it’s also a place where a lot of voodoo and paranormal activities might be going on. This state has plenty of haunted places that you really want to check out if you’re up for an adventure. We’ll be taking a look at ten places that someone that is crazy and brave enough to explore. Oh and by the way…if the place is off-limits to the public, you probably should just follow the rules and not break the law. Now that we’ve got that out of the way, let’s take a look at the top ten haunted places of the state of Louisiana. 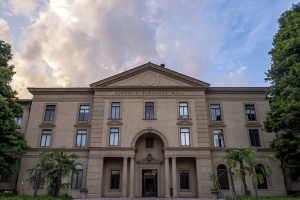 If you know someone who attends Louisiana State University (Geaux Tigers!), then chances are they’ve probably heard of the story about a tragic incident involving a female student. It was said that she shot her boyfriend to death before killing herself. Her dorm room number was 312 and was believed to be where she committed suicide. Those who reside in the adjacent rooms would often hear of the door opening and closing by itself with no one appearing to have entered the room. The building at one point served as a hotel and even then, there were people reporting presences being felt. Whoever that presence is, remains a mystery to this day. 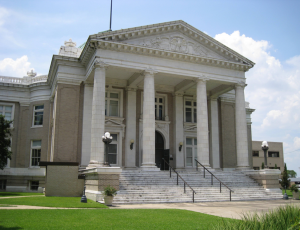 This courthouse in Lake Charles was a rebuild of the original building that had burned down in the late 1900s. It was here that a woman named Toni Jo was tried for murder and convicted for the crime in 1942. She was sentenced to death and is the only woman in Louisiana history to be executed by way of the electric chair. It’s been said that while Toni was the model prisoner up until her execution, it’s been said that the sound of high-pitch screams could be heard inside the courthouse. Other sounds that could be heard is the sound of a woman whispering and various footsteps with no one else around. 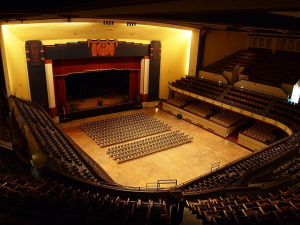 Johnny Cash, Elvis Presley, and Hank Williams. These are just a sample of the many famous musicians that have performed at the Shreveport Municipal Auditorium. While the spirits of those three may not be seen anywhere in the concert hall, the apparent spirit of a girl in a blue dress had been reported to appear in the lobby area from time to time or even running around in the auditorium itself. Staff members have even witnessed seeing doors opening and closing by themselves. But nevertheless, it’s a nice looking building that has hosted some of the best concerts. Be sure to book a tour when you get the chance. But they have to be done in advance, though. 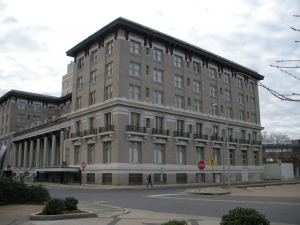 This prominent hotel located in Alexandria hosted many politicians, actors, musicians, and several celebrities in its over 100-year history. President Dwight Eisenhower to this date is the only U.S. president to have stayed here at one point in time (as did Secretary of State Henry Kissinger, John Wayne, etc.). The hotel also has its share of tragic stories. One such story is when a little girl was killed when she accidentally fell down an elevator shaft. Her ghost is perhaps one of a few that haunt the halls and cause a bit of trouble with guests. One other guest was also killed in a fall, this time from the grand staircase. Guests have reported seeing suspicious figures and people appearing to peek over the railing and looking down at the lobby area of the hotel. 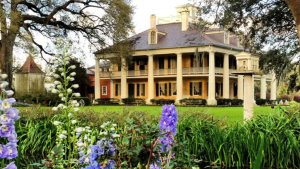 In the southern United States, antebellum-style homes on large acreages of land were quite common. And most of these plantations were known to house several slaves. Not to mention, there are plenty of haunted plantations in Louisiana and all throughout the south. The Houmas House Plantation and Gardens is one of the oldest plantations dating back to well over 200 years ago. And guess what? You can actually crash in one of the rooms overnight. So if you are among the less faint-hearted, book a place for yourself.

It is said that the grounds of the plantation is haunted by several spirits. Most of those spirits were likely victims of a construction accident and others were possibly slaves. One visitor recalled seeing a girl in a blue dress standing on the staircase. She disappears quickly whenever you have the chance to make conversation.

Louisiana is full of swampland. And all of it looks pretty dang eerie even at night. If you want a swamp that looks pretty creepy by the looks of it, you might find Manchac Swamp interesting. It’s been said that a voodoo priestess lived in this swamp and made a prediction that when she died, others would also die as well. Strange enough, that prediction was right on the money. The day of her funeral, a brutal hurricane pounded Louisiana and killing scores of people in the process. If you ever go to this swamp, don’t be shocked if you hear sounds of a woman singing, repeating what might have been the words that voodoo priestess predicted so many years ago. Some of the past visitors have also heard various screams that may have belonged to a woman. Now that you know the story, you definitely want to check it out. 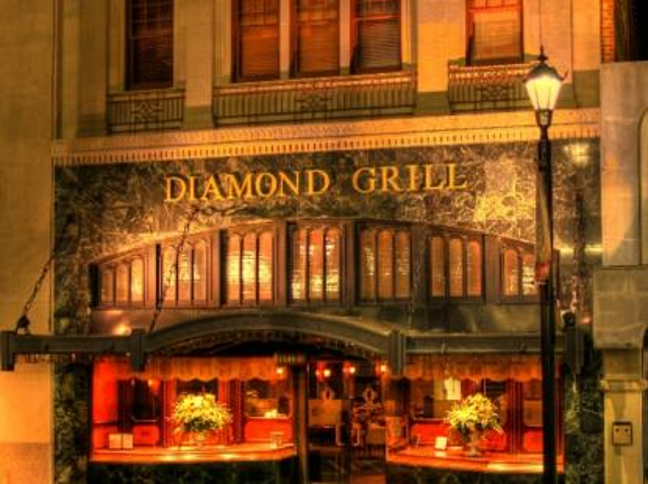 If you are ever in Alexandria, Louisiana this might be the place to eat if you are craving something fresh and locally grown. You’ll get a top-quality cuisine that will leave you full and happy. And you’ll probably have some dinner guests as well. And we’re not just talking about the living, either. Some diners have reported seeing someone peering through the window of the restaurant along with some dark shadows moving around after dark and when the place is shut down. Perhaps when everything is closed for the night, the ghostly activity at this eatery gets dialed up quite a bit. 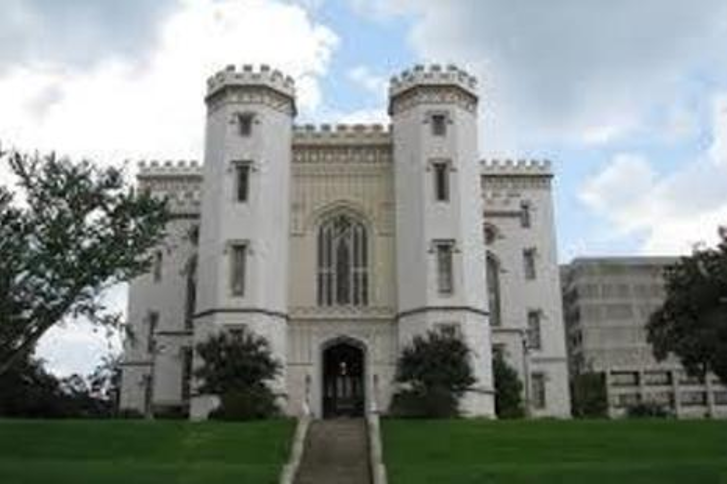 This castle looking structure is now a museum. Though so many artifacts are on display there, one will certainly be distracted by the fact that the ghost of a well-known Congressman is wandering the halls of the old building. If you get the chance to encounter Pierre Couvillion, then that would be the ghost we’re talking about. Those working in the building have given various accounts pertaining to paranormal activity. The activities included hearing footsteps nearby, but with nowhere around. Some have reported metal detectors going off with no one around. If you want some paranormal activity that is certain to spook you, you might want to check out the basement. Since it was used as a prison and a hospital once upon a time, you’re bound to see the spirit or two. 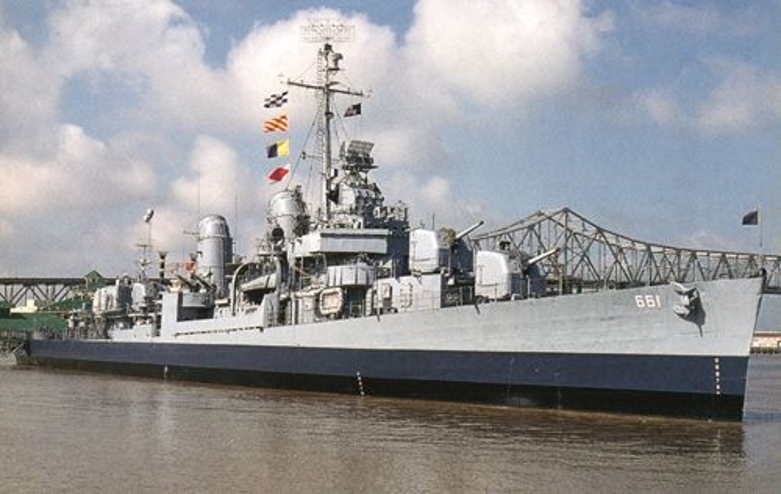 This battleship was involved in various battles throughout World War II and the Korean War. Now, it’s docked in Baton Rouge where it serves as a memorial for those killed in both conflicts. Considering that this warship was involved in two wars, there is a good chance you may see the spirits of sailors patrolling the decks. But if you are a history buff, you’d be crazy to miss out on the opportunity to check out the artifacts from the World War II and Korean War era. But you will never know what else you see when you tour the USS Kidd. 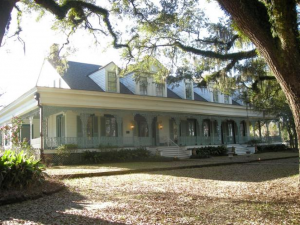 This plantation home is said to have been built in the late 18th century and is probably one of the most haunted plantations in the southern United States. Like some of the other plantations throughout the Pelican State, you can book a room and stay here overnight. If you dare pull it off, you shouldn’t be surprised if you feel any cold and eerie presences looming about on the plantation grounds or inside the house itself. There has been various photographic evidence over the years of presences looming about. One such photo can be seen on a postcard where a young girl is leaning up against the house. Her name was only known as Chloe (hence the name of the famous “Chloe Postcard”).